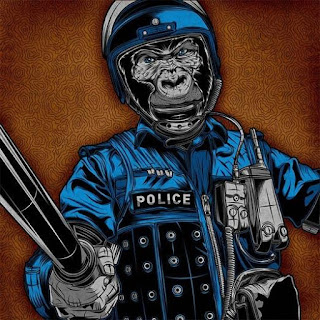 So this is my initial idea for the next script I am going to write, this is meant to be the basis for a few internet short comedies. I wanted to come up with something that's SUPER basic in terms of filming but is able to both justify the feel of small production values and provide an idea that can be mined for lots and lots of comedy. This will be shot with a webcam and a stationary cam set up that will be filmed like security cam footage, that means it's easy to shoot and easy to edit.


The House Arrested
The House Arrested is a comedy about a group of outcast, low level criminals who live in a shared residence under the supervision of Police Constable Benjamin Carp. The show is presented through  webcam video reports to his bosses about the day's events, cut with the house's security camera footage.

Day 1: When a democratic voting process is adopted for day to day house decisions each inmate tries to gain power by forming secret alliances and making back room deals. Only they're AWFUL at it. Constantly confusing which deals and alliances they've agreed to, the housemates have to resort to a contentious sit down discussion to work it all out.


I spelled contentious right on my first try BTW.