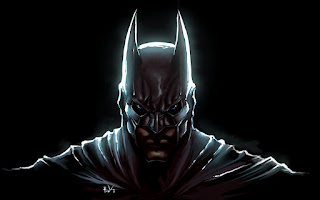 Sooooo...I am going to get around to that page but in the meantime I just feel like posting some random nonsense about Batman.

I came across this poem I wrote about him. Shut up, it was for a school assignment and people; I got a really good mark. I actually won a book of poetry for my efforts, a book which I never once opened and have long since lost. 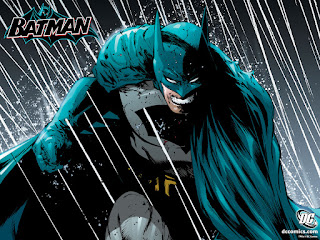 In my city I am always watching
In the dark alleys and on the murky docks
I see uptown high rises where an upper class criminal feels hidden by politics
I see the shady burrows where the hopeless feel hidden behind filth
Those that should; will not seek them, they let them prey
Survival of the fittest has bred a strong evil
This city would be theirs

But I watch, unlike the others; I’ll do more than watch
In the ghetto where crack heads kill in daylight
They fear me
On the wall-streets where drug lords have armies
They hide from me
I will win this fight

I am a Bat; I fly with armored wings and race with speeding tanks
While flashes of light explode smoke all around you I strike
You reach for your weapon and your wrist snaps, your legs fill with metal when you run
In the dark of the night and the shadow of concrete giants I was invisible
You never heard me make a sound
The police will come soon, you will go to jail
As soon as you get out of the hospital


Now I am just going to pepper in some Batman facts:
Can Batman Beat Superman In a Fight?
Straight up one on one, probably not but I wouldn't count him out. Batman is EXTREMELY paranoid and even when Superman and him are on the best of terms he's still in the back of his mind always prepared for Superman to launch an attack. He has access to kryptonite and while he's never been shown to carry it on him, chances are he does. He's crazy. Think of him as being a lot like Iron Man too, he has access to suits that can boost up his strength and speed considerably. 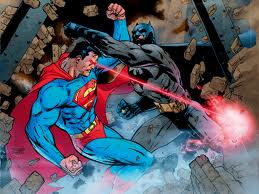 How Can He Be So Young When He Was Created In the 30's?
Two reasons, the first is that comic time moves slower. For instance, comics come out bi-weekly but one comic often will only cover the span of a few minutes to an hour of time for that character, so in a month of Batman comics it's not inconceivable that only an hour or two of storytelling took place. Sometimes the next story arc takes place immediately afterwards so months of storylines can take place in the span of a day or two. Marvel had a big blockbuster series called Secret Invasion about an alien attack that took months to tell, really the whole event took place in little over an afternoon.
The other reason is that the DC Universe where Batman, Superman, Flash, Wonder Woman, Green Lantern, etc, all live has been destroyed and rebuilt a few times. One HUGELY powerful villain wanted to wipe out all of existence and pretty much succeeded, he destroyed billions of worlds and killed off damn near everything DC had been writing up until the 80's. The heroes could only save their one world and actually couldn't even do that because the world they saved wasn't even theirs. It was new and rewrote all of history into it. Anyway Batman started all over again.
See: Crisis on Infinite Earths 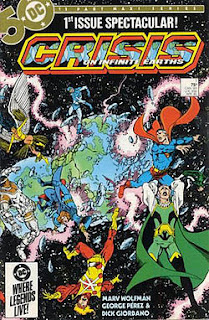 Stuff like that happened a couple more times but recently it happened again in a major way, Flash went back in time to save his mom and screwed everything up, then he couldn't really fix everything so when he tried all he did was reset everything so that all heroes, including Batman have only been around for 5 years. Everything else that had happened to them and had been written since the 80's pretty much got washed away.
OH! In that Flashpoint world Bruce and his mother were killed in the alleyway and Thomas Wayne (his father) became Batman. A Batman who kills.
See - Flashpoint. 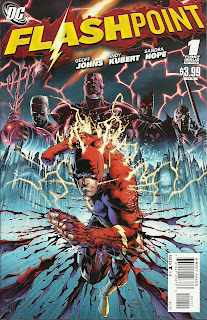 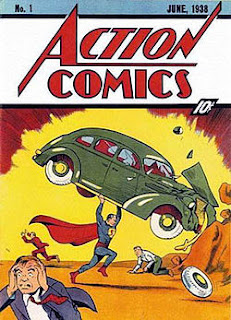 Oh and this Superman from his first appearance?
Totally different guy than the one we have today too. 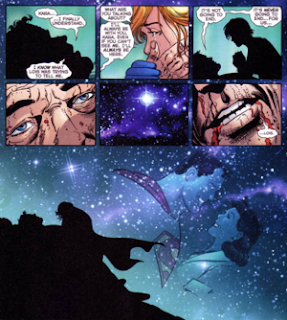 He died too, he died during the Infinite Crisis, the sequel to
Crisis on Infinite Earths.
He was punched to death by an evil Superboy.
F**k, right?
Posted by Unknown at 8:01 AM