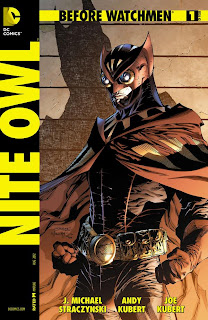 Alright, so this is NOT going to become a comic review blog but I am still about the have a ramble about Before Watchmen: Nite Owl.

It was alright, like Rorschach I am not sure it's adding to the story in any significant way, I think everything that needed to be said about these character has been said already. I've always liked Nite Owl too because he's an EXACT clone of my all time favorite character, Blue Beetle.

The one thing that's unique is his relationship and friendship with Rorschach and that's pretty much the best thing about this comic. Only a bratty teenager at the time Dan Dreiberg meets his mentor the original Nite Owl and decides to make contact with him in hopes of being his sidekick, however the original Nite Owl instead trains him to be his replacement. He meets Rorschach and they become friends, that's it; not much else to this issue. He gets a boner at one point, so there's also that. 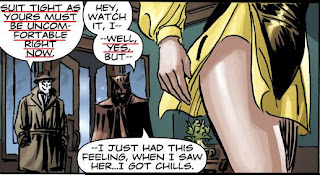 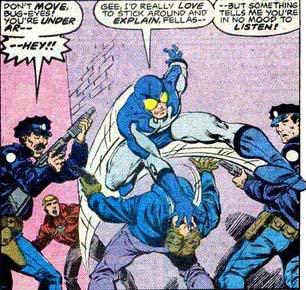 Ted Kord's Blue Beetle and Nite Owl are almost exactly the same except Ted might be a little more swashbuckling. What I loved about Ted is that he was every bit as smart as Batman but he's also a lot more immature.

Actually Batman was kind of a dick to him. 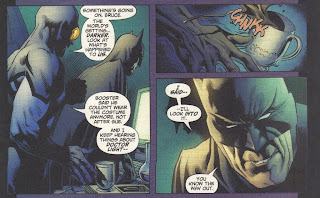 He had a brilliant mind and was an excellent fighter but he has confidence issues and never felt like he was respected by anyone. It's part of what made him so endearing, he was this this geek in a superhero suit who never really got over his days as an insecure nerd. In the end though, when he was beaten and held at gun point and asked to join the bad guys he had one response. "Rot in hell" 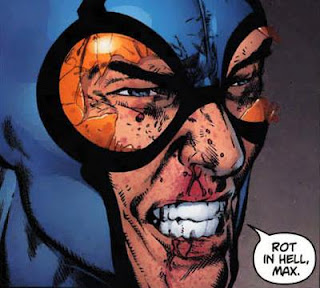 His badass moment got him shot in the head and killed, and unlike most superheroes he actually stayed dead.  I am pretty sure the only reason they never really brought him back is because someone at DC found out I liked him. 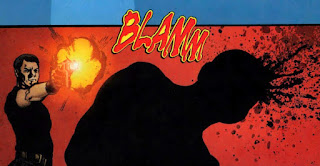