THE TIME I CAUGHT THE NORWALK VIRUS WHILE TESTING PLAYSTATIONS

So I've decided to tie the new idea I am writing into a previous one I wrote called the Beautiful.


I want to use the same two main character and the big guy who shoots the undercover cop. I am not even going to reference back to the show but this gives me some character points to write from. I have the cop character sort of worked out in my head but I am still chewing on ideas for the rest of the inmates/house arrested, so I have nothing to add. I hate it when I don't have a script page to add; I consider it a failure. Writing scripts for me couldn't be more organic, I literally just write out the things I've been daydreaming about; a chimp could write the way I do. I try to come up with an idea and characters that are fun to daydream about and go, that process isn't working right now and I think it's because I am forcing it. So I am going to relax and let it come when it comes, should be soon. 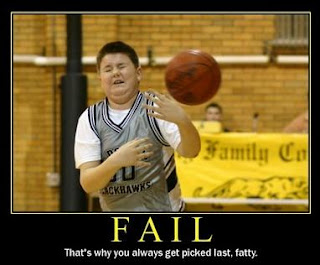 
THE TIME I CAUGHT THE NORWALK VIRUS WHILE TESTING PLAYSTATIONS


This was a long time ago and I was working for a department store called Liquidation World in Ajax, Ontario. Liquidation World was a store that got all sorts of liquidated items from all over Canada and sold them at a discount, usually food, furniture, paint, toys, candles, glassware, everything. Electronics came in from time to time and it was always a big deal, especially one particular day when we were due to get a shipment of playstations and playstation games. This was back when the first PS was still new and expensive, we just took on a whole inventory of returned systems and it was MY JOB THAT DAY TO PLAY THE PLAYSTATIONS, PLAY ALL THE GAMES AND MAKE SURE THEY WORKED. That ALL deserved to be in caps so do even question me on that. God's funny. Right as I was setting up the systems in the break room I felt myself getting more and more dizzy, I felt like there was something badly wrong with my stomach. It felt like I ate a baseball, I got sicker and sicker as I sat down and turned on the first game. It was Tekken, I loved Tekken and it worked perfectly. What I had was the Norwalk virus, a NASTY little bugger of a flu bug that made a man vomit uncontrollably. I don't remember how long I was able to stick around and play those video games because all I do remember is spending about an hour in the bathroom throwing up before someone called my dad to come pick me up. We drove right to the hospital and I threw up in the waiting room and left after being there for over an hour. I spent the next eight hours throwing up every 20 minutes, I would even be woken up from a deep sleep with the jarring instinct to run to the toilet. When I returned to work four days later it was my job to help unload a hot, dirty furniture truck. Thomas Holler. 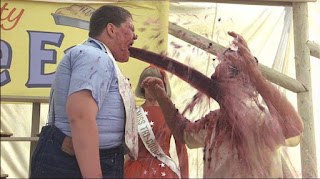