So today I am going to re-post an article from a while back, it's one of my favorite life stories. 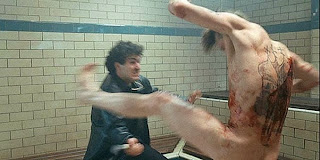 This story goes all the way back to when I was in grade 2. I am not sure how old that would make me but 6 feels about right, I was a tiny kid, chubby face, happy, unkempt hair, real pick-on-able. The kind of kid that this jackass we called Tommy Toomey loved to target. Tommey Toomey was our class's bully, he was several grades older than us and not very popular amongst kids his own age. He spent his recesses chasing down kids ten times smaller than him like a goddamn Tyrannosaurus and he got his nickname from a movie about kids who can jump into stamps and be transported to wherever/whenever the picture on the stamp is from. It was called 'Tommy Tricker and the Stamp Traveller' and as I look that up just now for the first time in about two decades I am smacked in the face with the fact that I am totally remembering his name wrong. Was it Tommy Tricker that we called him? It must have been. Ok, so anyway Tommy Tricker the little a**hole liked to beat me up. 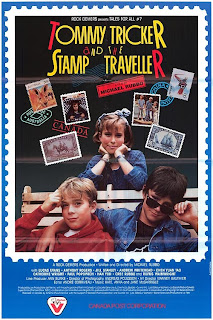 One day I found myself in the boys washroom, happily alone and having a pee. I finished up and because even back then I knew it was gross not to; I washed my hands and dried up. Before I could leave; the door opened and I heard the stupid voice of Tommy Tricker coming in, I froze. I didn't have time to hide and I knew the second he saw me he'd come after me. See, earlier in the day he was on top of my friend Mark, beating him up. I ran to the rescue and pushed him off, he promised revenge upon me and now here he was. Standing in front of me; blocking my only exit. He sneered at me and stomped towards me, he couldn't believe his luck. He made sure to let me know just how dead I was. Like...this was happening. I am a little kid, I have a bully coming at me who's about twice the size of me and I have no way out. To get to the door I knew I'd have to go through him; so as I was backing up a plan formed in my 6 year old mind. It's amazing, even as a little kid when your back's up against the wall like that you start thinking tactically. In that moment I was as Batman as I'd ever been and have ever been since.

The doors to the stalls swing outward, I formulated that if I could lure him into place I could grab a hold of the door and shotgun it into his ugly face before he could even react. It was my one shot, I had no chance taking him in a fist fight. AGAIN...I feel the need to point out that these were all actual thoughts I had at that moment. I was 6! I backed up, baiting in Tommy by asking for mercy, and begging him to leave me alone. That's like catnip to a bully, he kept coming. I SPECIFICALLY remember plotting out a plan that involved not looking at the door as I backed up, waiting for it to cross my peripheral vision before I made my move for fear of giving myself away.

Finally Tommy stepped into place, without turning my head I reached for the door. I played my part perfectly, Tommy had no chance to react. That door hit that kid so hard it knocked him right off his feet, I annihilated him. I ran. As I sprung forward the heap on the floor that used to be Tommy Tricker started screaming death threats at me. I could still hear them as I rounded the corner into my classroom to safety. I was 6! 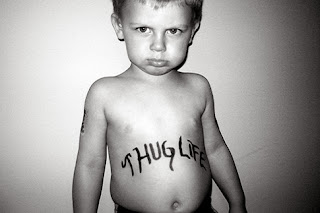