So I've been tinkering with writing monologues and I decided that I would go ahead and actually shoot some. I wrote this monologue for a friend who isn't an actor but I tailored the script to suit his voice and chose subject matter that speaks to him. We played with it, messed around with it, drank, here it is.

Here's the original monologue that we spun from:

I've lost the faith. I was lied to, I grew up being told that if you work hard and stay on the right path you can do anything. That's not true. I went to school, I worked hard all my life and you know what I was rewarded with? Lay offs. After 5 years of loyal service my company told me they were going to have to lay me off to cut costs. I said "What costs? You pay me close to minimum wage". You want to cut costs start chopping the off the heads of those vampires, those bloated leeches at the top who feed off the blood and sweat of those at the bottom. You have a guy up top who's paid $10 million who can literally be replaced by a weekly managers meeting and instead you'd rather cut 400 of us, hard working people before you'd dare get rid of him. Why are CEO's so untouchable? If the company is doing so poorly that you have to lay me and all my friends off then you have to ask yourself, is this a**hole worth his salary? The salary of 400 men? Why do we place such value on these lily white, yes men. These swindling hotshots who've convinced these companies that they're irreplaceable. No one's irreplaceable. We aren't talking about Lebron James or Usain Bolt, these aren't rare specimens of men who only come around once in a lifetime. These are average men who have tricked the whole world into thinking they're smarter than they really are, and now I am the one who has to pay for their stupidity. I've lost the faith. I am done working for these types of men. I am through with working for someone else, someone who reaps all the benefits of my hard work. Maybe I'll be a prostitute, I mean...if I am going to get f**ked everyday I may as well get paid for it. 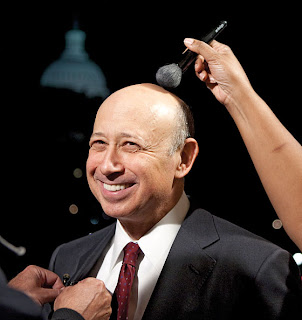