Tom Destroys The SECRET: The Laws of Attraction

Remember this book? I am sure you do because people still reference it all the time. 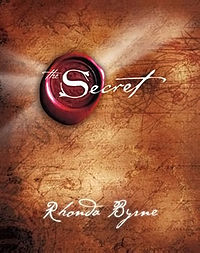 Well back in 2007 I had just moved from Ajax to Toronto after recently finishing school for broadcasting. I moved to Toronto with the promise of finding work in the industry but this was during a time when businesses were already starting to feel a recession coming and no one was hiring, I spent about 6 months stubbornly searching for work in television and the hopes I had coming out of school had already been dashed. I'd say doors were closed in my face but a better analogy would be that doors were never really open, it was like in a video game when you run up to a door thinking you might be able to open it only to find that it's not really a 'door' at all. It's just part of the background.

That's how it felt, I was crushed. That's when the book 'The Secret: The Laws of Attraction' was starting to get mainstream press, Oprah ever had the author and the books strongest advocators on her show. She dedicated a serious hour to the message the book was selling. 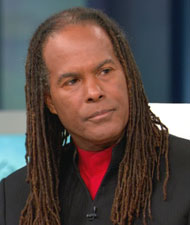 So here I was, broke, grumpy and hopeless and out came this phenomenon that was giving everyone hope. I must have had this book recommended to me a hundred times before I finally decided to sit down and watch the Secret's video that was taking the nation by storm. It outlined the book's teaching and introduced you to the philosophy that the whole universe was a giant catalog and you can have anything you want if you wish hard enough. I watched this video feeling desperate for something positive to believe in, and even though I was at the end of my rope and all the things they were saying should have uplifted me...they didn't. Frankly, I thought it was stupid. I couldn't get past the bad science and faulty logic. The whole thing actually made me really mad, I mean REALLY mad. It insulted my intelligence and even more frustrating to me was that everyone else was buying into it.

Well angry 2007 Thomas Holler felt the need to s**t all over everyone's parade. What follows is the rant I posted as a Facebook note (remember those) immediately after the movie finished. 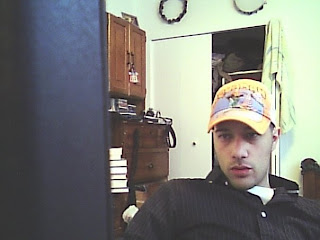 Right from the opening scene this movie looses all sense of credibility. Some depressed lady finds a book with a note on it which reads "here mama this will help you". This books sets her on a life's mission to discover the ways of the universe and wish fulfillment. So this lady with presumably no real experience in extensive research hits the internet...and various old books with a magnifying glass...and we are treated to shots of Egyptians and English nobleman burying scrolls and protecting the secret from enemies.

I don't know, it's never touched on.

We do know that the secret is powerful because we hear someone whisper "they can never know", once the film gets rolling it is implied that all of Earth is governed by strict universal laws. Which is true, there are a lot of laws which shape our universe; the law of universal gravitation, laws of motion, laws of thermodynamics etc. The Law of Attraction, which BTW is the big "secret" that no one wanted you to know about (despite it being common knowledge) ISN'T one of them.

If this review sounds choppy it is because the movie presents it that way, don't ask me to explain the science behind this law because it was never explained to me at any point in the...film? documentary? infomercial? but we are told by one of the talking heads (with impressive sounding titles to their names) that we wouldn't understand it anyway. The way it is presented is that if you think good thoughts than good things happen, which is a fine concept when you think of it as an abstract notion but this is where this movie goes wrong; it presents this notion as SCIENCE which it is NOT.

It tells us that our thoughts have distinct patterns and frequencies, and the positive frequencies attract positive things. If we really really want a new bike; those thoughts will go out there and find a path to us getting a new bike. As I typed that it occurred to me that wanting a bike or a new car doesn't qualify as a positive thought; actually this entire movie equates greed with positivity. Never at any point is it made clear HOW that thought frequency generates your new bike but take their word for it...it DOES.

So why don't we always get everything we want? Because that is their logic, you want something bad enough; you get it. Well you didn't REALLY want it. That is their convenient excuse to explain away that gaping hole in their theory. At one point it is implied that cancer can be cured with this amazing secret; positive thinking. Assholes. People with cancer didn't GET that cancer by thinking negative thoughts and all the positive thoughts in the world won't cure it alone. It is actually dangerous and irresponsible to imply otherwise. 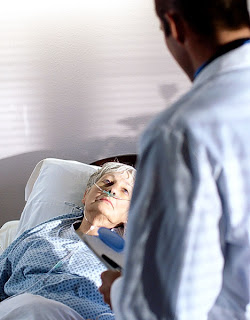 "Since you manifested this tumor yourself
your insurance won't cover it"

The people in the film that we are supposed to trust as experts are, honestly; douchebags. I almost never use that term because it's kind of a "jock" thing to say, but as I was watching these people douchebag was the description that seems most appropriate. A bunch of smiling, new age "intellectuals" who throw away the need for science and proof of their claims. At one point one of them is quoted as saying "it has been scientifically proven that positive thoughts are more powerful than negative thoughts". Not only does he not qualify this statement with research but he doesn't even explain in which sense of the word "powerful" he means. Powerful as it pertains to the end result of the thought (as in good thoughts become a reality more than bad ones) or powerful in the sense of frequency readings? and what does that even matter?

Most aggravating is the lack of explanation towards how positive thinking yields results. Think about their example of the new car, if you focus on your desire for the car than that thought will find positivity in the universe and work to bring you that car. So how? will it get me a raise or find me a new job? will it convince them to give me a car for free? NO, you still need to go and work to get the car yourself but the thought will get all the credit.

This movie also dances around the fact that it is blaming victims of tragic disasters of bringing it on themselves. All those poor people in New Orleans who lost everything in a massive flood? Just a bunch of negative thinkers; serves them right.

Positive thinking DOES work, but its not a scientific law or some big secret. The longer you work toward a goal the more your odds of achieving that goal increase, people who are optimistic tend to stick with the goal longer than pessimists. That's it, that is the best reason to think positively; because negative thinking leads to quitting. Its not a science and it's not a secret.

Why would anyone listen to this guy? 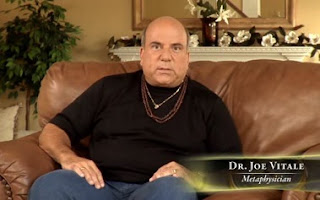