TOM WRITES HIS FIRST MOVIE: HALFWAY POINT!!! Lets do something F'd up.

HALFWAY POINT! What? This thing is real. I am actually going to finish this thing someday, I really am. 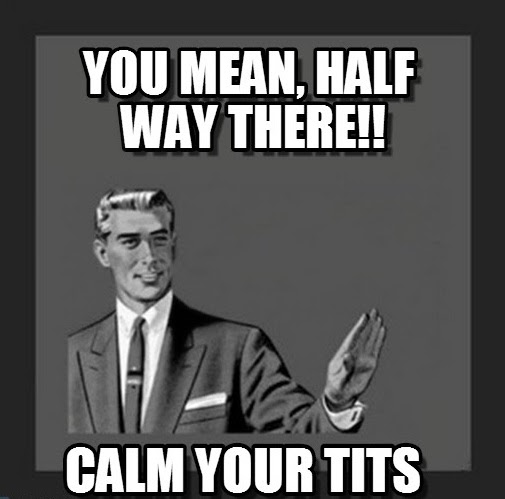 I am writing my first movie, posting each new page as I go.

I collect it all HERE 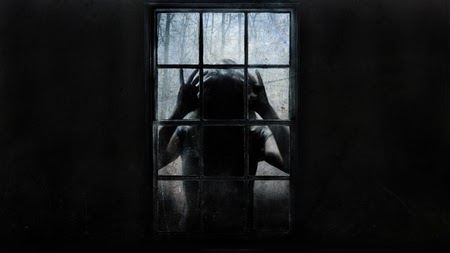 Douglas, unshaven and wearing a baseball cap pulled down to his large aviator sunglasses sits watching the world on the other side of the coffee shop window. It's late in the day, people are leaving. Abby exits the building across the street with Bryce, Douglas's jaw tenses. Douglas puts his coffee down and moves out of frame. Outside Abby and Bryce are about to cross the street towards the coffee shop.

The door chimes announce their entrance into the small coffee shop, the gleeful pair walks straight up to the counter. Behind them Douglas's seat is empty. They place a quick order and leave together. Douglas comes back into frame, now with his coat on. He throws down some change from his pocket to cover his bill and leaves.

Douglas is sitting inside an old black truck, watching from a distance as Abby and Bryce load groceries into the car.

Abigail and Bryce are eating the last of what looks like an incredible meal, Bryce starts to clean up.


ABIGAIL
I feel like I should help you with that.

BRYCE
You don't look like you'd be much help.

Bryce brings the plates with him back to the kitchen and returns carrying two big, frosting covered cupcakes.

BRYCE
Now you're in trouble.

ABIGAIL
How did you know I love chocolate?

BRYCE
You're a girl.

Abby joyfully bites into her cupcake. It's perfect. She needs a moment.

BRYCE
Aaaaaaaaand I found something else back there but I need to run it by you first.

Bryce hold up a bottle of wine.

ABIGAIL
Oh. Did you want a glass.

BRYCE
Well...that sort of depends on whether or not I am driving home tonight?

BRYCE
Yeah...Obviously I'd stay on the couch. I thought maybe it would be fun to share the bottle and make it a late one tonight.

ABIGAIL
That would be fun, it's just...

BRYCE
I am putting the bottle down. It's ok Abby, I get it.

ABIGAIL
Space is just a thing for me right now.

Parked between trees, tucked away in the shadows Douglas' beat up black truck is almost invisible. He's nervously shaking his leg, attention never leaving the view he has of Abby's house. Finally he sees movement, the front door opens. He sits witness to Abigail and Bryce hugging and saying their goodbyes. Bryce heads to his car and starts it up. Douglas breathes an intense sigh of relief.

Bryce heads off down the road, Douglas waits. After a minute Douglas says one more thank you and starts to drive away. Just as he's making his turn he takes one last look back at the house in the rear view mirror. Something catches his eye. His brakes slam and the truck comes to a stop.

In the rear view mirror Douglas sees something heading towards the house. He sees a figure rushing towards Abby's side window. It's so dark Douglas has trouble following it, he can hardly make out what it's doing. What is it doing? Did it just go in the window? Did something just go inside the house?

Douglas gets out and looks around. He can't see the figure, he's starting to panic. He moves closer, aware of the dangers that come with his being spotted. The window is open, it looks like something pushed it open and crawled through. Douglas can't believe this, he staggers forward, his stagger becomes a full stride rushing towards Abigail's side window. He sees a hand print on the ledge.

He listens, he hears Abigail singing upstairs. She's alone. He enters through the window.

Inside the house it's quiet, Douglas skulks quietly. He's trying to avoid Abigail, he knows how dangerous this is. He can't be seen. He ducks down and surveys the lower floor while Abigail listens to the radio upstairs.  He hears a creak in the hallway, he very carefully investigates. It's so dark, he can't tell if there's someone there or not. He feels it. Someone's there, someone's staring back at him.

Something catches his eye, movement from the top of the stairs. He sees Abigail, shes staring back at him. Her face white. She screams.

Douglas motions to Abigail to calm herself, out of the corner of his eye he sees movement in the hallway again. He turns his attention away from Abigail back to the darkness in the front hallway. From out of that darkness a figure stands up, and runs out the front door. Douglas jumps back, startled by what he just saw. He turns back to Abby.

Douglas dashes out the front door after the mystery figure.