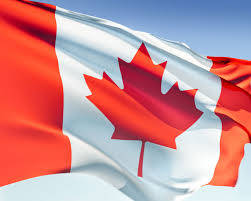 I recently got into an argument about ice cream where someone scoffed at my preference for vanilla over every other flavor. People associate vanilla with words like 'plain' and 'boring' but vanilla's a legit flavor. It's a flavor the same way chocolate and strawberry are flavors and in my opinion it's the best one. I don't even like putting toppings on my ice cream, if vanilla's the best flavor (which has been scientifically proven by my studies) then adding anything to it is just making it into a lesser ice cream. I feel the same way about cheesecake but that's another article. Anyway it was a surprisingly heated discussion...and here's the thing, I've had this argument a few times before. I can count at least three times that I've had an argument over ice cream and zero times I've ever had an argument about Canadian politics.

Getting into a heated argument over Canadian politics is next to impossible for the average Canadian, being a 4 party system means we're not so polarized as a voting populous. Having a four party system means that for the most part; there aren't such chasmic differences between the parties. Less chasmic differences between parties correlates to less fighting between parties, less fighting between parties means less news coverage and less news coverage leads to me feeling the need to google who our Prime Minister is just now; just to be sure. I live in Toronto and I am around people all day, I pass by thousands of strangers and hear hundreds of conversations each week. I can't remember the last time I heard anyone having a discussion about Canadian politics. World politics; sure. That's not uncommon. Toronto is the most multi-cultural city in the world and everyone here is acutely tuned into the news from abroad but you'll never find anyone discussing the latest RCMP probe that found Senator Pamela Wallin guilty of billing tax payers a little over $80,000 for falsified travel expenses. Yeah that story's annoying, that chick should pay for her own damn travel. You make a nice salary, don't ask for everything to be free. Still though; as far as headlines go $80k is a pretty unsexy number.

That's Canada though, we don't have much drama and we don't give the papers much to talk about. We haven't really had a national tragedy in a while, no disasters to get us talking. We don't live under fear of attack from enemy nations, which is usually a huge talking point for WAY too many countries. We're really lucky that way, I can't even imagine how it must feel to live in fear of another land and it's people. It's just something we've never really had to worry about. We don't have a lot of hot button issues for the media to press either, we aren't a nation with many sociological scars brought on by tragedy or injustice. We aren't really an embattled people. I mean; we do face things like poverty and racism but even in our largest cities we're still so heavily integrated with people from all over the world that every work place, every apartment complex and every outing is like a 'Model United Nations' conference. Most of us have grown up like this, it's not the kind of environment that breeds that level of ethnic prejudice but it IS the kind of environment that breeds a lifelong craving for good ethnic food. Even the issues of overcrowding and pollution aren't anything for us to worry about since the large majority of our enormous country is uninhabited natural land. 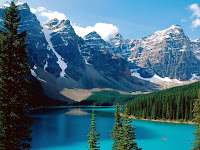 Yes, we took a hit in the recession but we made out better than a lot of other countries and if you get into a fight with someone out here; there's a pretty slim change that dude's packing a gun. I hear all the time that Canadians as a people are really chill, well it makes sense when you think of how relaxed our ride has been so far. That stigma of being a bland country because we don't make headlines is something we should wear with pride considering that most headlines report bad news. 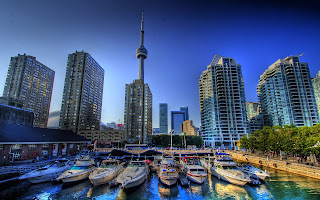 
Finally, no I haven't forgot about our beloved Toronto Mayor Rob Ford. He certainly does makes headlines but not for his politics, more-so for his binge drinking, ass grabbing and crack smoking. He also has a compilation of pratfalls that would make Chris Farley jealous. Seriously the man can't stay on his feet. One more reason Toronto is awesome.


* Nov 25/2013 - I wrote the above article before the whole Rob Ford crack scandal broke. This whole scandal has become the biggest most conversation worthy news we've ever had. Everyone's talking about it, Rob Ford is becoming the most entertaining person on television.