From the Archives of 2010: So here's an example of a different kind of writing, a couple years ago I wrote out a pitch proposal for a reality/video game show. I actually just found this again when going through some old files of mine. It's funny how good ideas get tossed aside. 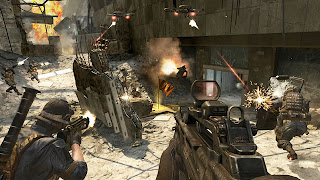 This is a weekly program with a regular host (or hosts) coming to you from the ultimate gaming den. Big screen TV’s, lazy boy chairs, every video game system money can buy, arcade machines, a pop corn machine, a bar, original video game posters on the walls, rare and incredible video game memorabilia all over the room, every peripheral on the market (steering wheel controllers, Wii Fit, Rock Band instrument, the Power Glove)…this is the gamers dream den.

Each show opens with the host introducing himself/herself to the audience and talking about the latest in the world of video games/gaming. If a new blockbuster game or gaming announcement is in the news (and it always is) this is when we would run a segment on it.

E.g. – When Call of Duty: Modern Warfare came out it broke all previous sales records; pulling in $310 million in North America and the United Kingdom, selling more than 4.7 million copies in a single day. This was a record launch for ANY kind of entertainment. For this we would feature and taped piece featuring interviews with gamers who waited in line overnight as well as the game’s developers about the game’s success.

After the break we start to discuss the day’s competition, each day we’d feature a new game to compete in. We’d discuss what we are looking for from a contestant to be declared a winner (in games which aren’t competition based such as shooters, there could be a competition to see who can score the most kills, headshots, etc…), we’d also talk about what the players are competing for and meet the two competitor in either and interview style or another taped piece of them at home playing and talking to the camera (on location in their game room, basement, bedroom.)

The competition itself would be pretty basic, it would be our gamers sitting side by side and playing a time controlled match in whatever game has been chosen. Both the host and the gamers themselves would be heavily encouraged to mock, taunt and trash talk as that really is generally what gamers do. It’s all in good fun and provides a great deal of comedy for the viewing audience. When we have a winner declared the loser is forced to bow his head to him and walk away in shame. The gamers would be competing for prizes sent by the video game companies such as copies of the game they were playing, gift certificates, controllers, limited edition packages…etc.

Before we close the show we would throw to a segment that allows the home audience to submit their gaming highlights and compete for a prize. We’d have a “Top 10 Best” feature in which each week we ask the audience to send us videos of different gaming accomplishments. For the first show we could ask for the “Top 10 Best Call of Duty Kills”, the next show we’d ask the audience for submission to see who has the “Top 10 NBA 2K10 Dunks”. This allows the online gaming audience to participate in the show which helps create word of mouth buzz. Before finally wrapping up the show we would give a rundown of all the new releases which came out during that week.
Video gaming is an enormous industry which has been relatively untapped in television (Video games sales topped $21 Billion last year) and the online video gaming community has created a new focus on direct competition. I believe there is a passionate and hungry fan base who we could count on to tune in to a show like the one I proposed; X-Box Live alone has already boasted sales of $17 million subscribers each paying large monthly fee’s to use their service. 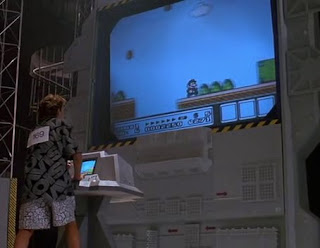