So I am writing most of this using Office Suite X and it's being a straight BITCH! It links all paragraphs together so if I want one line of dialogue to be center aligned and then want one line of action to be right aligned it's not letting that happen. If I change one it changes the other. If I hit enter a thousand times it doesn't make a different. F'n annoying is what it is. 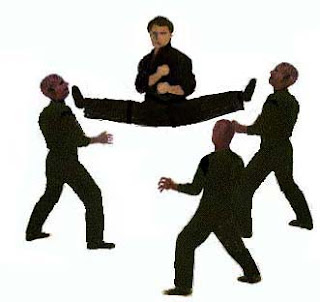 Randall is racing through the woods, he can hear that vampires are on his trail. They hear Ervin scream in the background.

He stops. He can hear something rushing towards him, it's too close for him to do anything about. It's about to hit him, he braces.

Rooney bursts through the brush and grabs Randall, the pair sprint. Right behind Rooney are the two vampires. They run downhill, the vampires are bloodthirsty and only paces behind them.

Randall
Rooney do see that?

Up ahead is a precipice, a long rigid drop off of a cliff and their running out of real estate as they bound closer and closer to it's edge with the vampires hot on their heels. 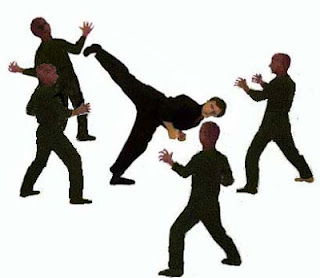 One leans over Randall and opens it's mouths, Something catches it's eye off camera and it's turn and growls. With the speed of hurdler Rooney comes flying feet first into the vampire with a powerful boot right off the cliff.