TOM WRITES HIS FIRST MOVIE: Remind people that this is a thriller.

Back with another page to add to THIS thriller I am writing. Lets go. 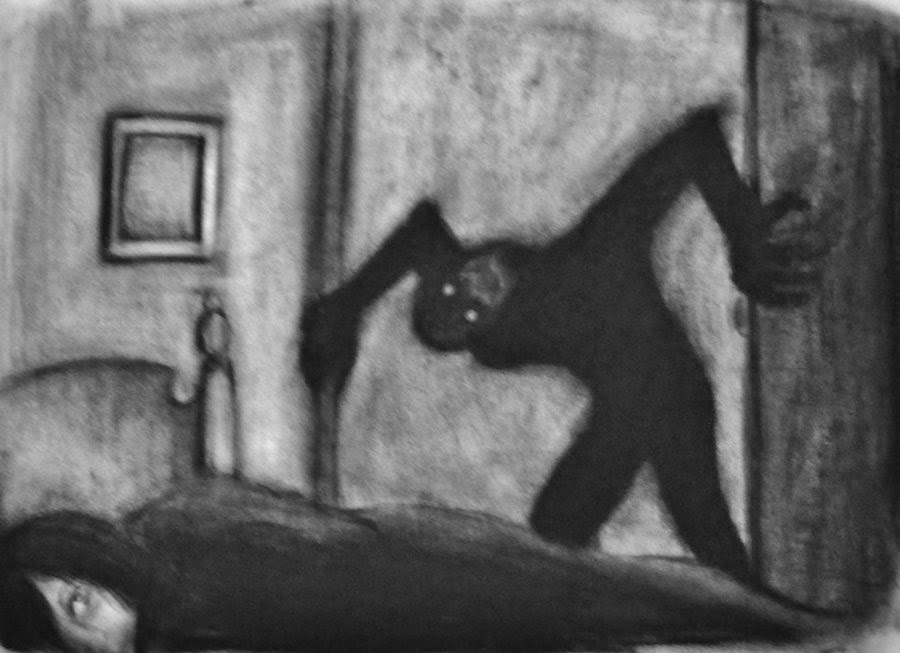 Bryce and Abigail are on the couch, the light of the television is the only thing illuminating the room. Abigail is curled up in the corner of the couch hugging a cushion. It's a bright night outside, the light coming in from the windows casts long shadows throughout the room. Bryce and Abby sit stoically, both staring at the tv. Half focused on what they're watching and half lost in thought. Their shadows stretch along the length of the room and up to the ceiling. Unmoving.

Their shadows are joined by a third shadow. It moves into frame and stops, it's placed near the window. Somewhere in the blackness something is there, staring at the couple watching TV in the dark. Neither Bryce nor Abby notice. The shadow lingers for a few moments then disappears as it blends back into the blackness of the room.

BRYCE
You should go to bed.

ABIGAIL
Good idea. Where are you going to sleep?

ABIGAIL
I have an extra bedroom.

BRYCE
I am good here.

ABIGAIL
(smiles)
It helps, you being here.

BRYCE
This was fun.

BRYCE
Go to bed. Get some sleep. You need it.

Abigail hugs Bryce and then goes to a linen closet and hands him a pillow and a blanket, she heads upstairs. Bryce pulls the cover over himself and closes his eyes.

Bryce is asleep on the couch. In the dark room behind him someone is watching him. Someone is standing behind the couch looking down on him, cloaked in darkness.