I am writing a pitch package for DOPE, this show idea I had. It's good, I think it's accessible and should sell if I can get it to the right people. I have no idea who the right people are though, or how to get a hold of them. I just want to have the pitch package all finished, its just nice to have something finished that you can actually start sending out and gauging interest in.

Anyway, my pitch package should be done in a day or two but in the meantime lets talk about the most MESSED up Spider-man story ever told. 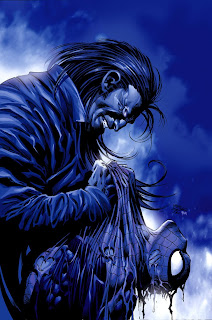 It was called 'Spider Man: the Other' and I'll skip right to the ending for you. Spider-man gets beat up by a Vampire guy named Morlun, Morlun tears out Spider-man's eye and eats it.


Spider-man's beating lands him in the hospital where he's on his death bed being watched over by Mary Jane but Morlun sneaks in and breaks Mary Jane's arm who was the only one protecting Peter's unconscious body in a hospital that was being patrolled by groups of Super Heroes who swore to protect him. This snaps Pete out of his coma and causes him to fly into an animalistic rage where the sheer trauma and emotion of the situation causes him to pop stinger claws out of his arms and grow a more insecty kind of face. 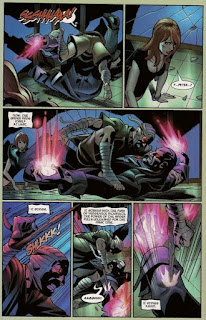 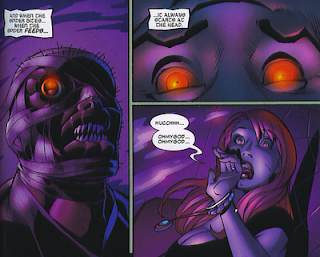 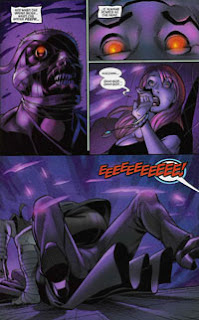 Do you know how awful that picture was to find? Do you know what kind of image results you get when you type Spider-man EATS FACE into google?

Anyway after Spider-man's measured response the the eyeball eating attack Morlun dies and so does Pete. We assume. Then we see his hollowed out body in the morgue and see that something escaped out the window. It's revealed in the next issue that Spider-man disgustingly shed his skin and went and hid inside a cocoon of his own making until he was all healed up again. Brand new eye and all, just like all Spiders can do.

Now...how does that story make it past editing? At the end of the day if  you're Marvel you know that these changes to the character can't stick then what's the point in introducing them to begin with? Also why would you make Spider-man eat someone's face? These are valid questions.