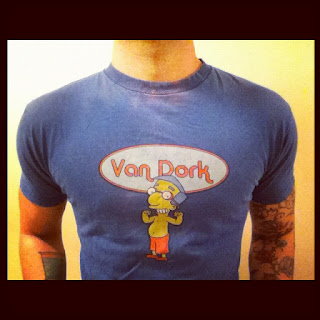 As my view count has been increasing over the last few weeks I figure now's a good time to re-introduce myself and what this blog's all about.

My name is Thomas Holler and this blog's purpose is to kick me in the ass and get me writing more. I work in a day to day office job that eats up almost all my damn time and I needed something to motivate me to write. Writing is something I've always done, I went to school for media and focused on creative writing and communications. When the economy fell through the floor and left most of us feeling insecure about this marketplace I made the decision to try to build a more professional resume in the field of business, or administration or something corporate. Anything that felt more secure than TV and media did at the time, so I walked away and got a job at a bank. It's a decision I made out of self preservation but it's one that's never sat well. I was a dreamer once, I wanted to create my own films and now here I find myself working the least creative job a man can have. Corporate admin. I like the security it offers and there are perks to being in a big company but it's something I feel like I can never have my heart 100% invested in. My dream is to write. I want to work from home, I want to get paid based on something that I create myself. I want to wake up, make breakfast and sit down in my office in my underwear and start writing and have THAT be how I start each morning rather than racing to get on the disgusting subway everyday.


Hence this blog. It's a place where I can come when I feel inspired, its a place where I can work out ideas and collect an archive of scripts. It's worked too, I am currently putting a production called DOPE together based on a series of scripts I wrote early in the site's history. I've developed ideas for internet shorts called House Arrested which I'll come back to one day and came up with a short script about a brutal anti-hero. One day I'll come up with a link for all the scripts and articles I've written on here but that won't be tonight. Tonight I should actually be in bed getting ready to hop on the disgusting subway.

I'll be back tomorrow trying to write a romantic comedy script...it's not going well so far. I am just not feeling my first Rom Com idea, I need a new one. Tomorrow I am going to try to come up with a really good synopsis for a romantic comedy that I love enough to really want to dive in to the script. Tonight I am going to bed.

The Beautiful - Written by and staring Thomas Holler


And here's a GREAT little horror I was in hosted by horrorpalace.com, just click this pic. 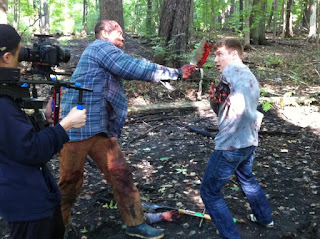