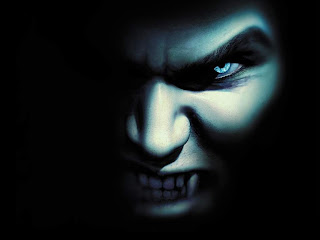 Here's what I've been working on recently. I have a show I wrote called DOPE that's a cross between Ghostbusters and the X-Files, I already wrote up a full pitch package along with a pilot episode and now I just spent some time re-writing and finishing the second episode for the series.

DOPE – The Department of Paranormal Events is the low level branch of the provincial government where Investigations and Removals specialists Rooney, Ervin and Randal are pitted up against ghosts, goblins, demons, vampires, zombies and more ghosts all for less pay than the city gives to their average parking enforcement officer.

DOPE is a story about a lower level branch of the provincial government dedicated to protecting the public against paranormal pests. It’s about a group of ghost exterminators trained in haunting investigations, possessions, vampirification and zombification cases, hobgoblin removal and anything else their miserable supervisor Mr. Dickmeyer demands of them. Rooney, Ervin and Randal find themselves in life threatening situations almost every day, facing off against creatures thousands of times more dangerous than anything your typical exterminator can imagine. Because the debate about the existence of the paranormal will always be ongoing with many people still unconvinced skeptics; the Department of Paranormal Events is the least funded branch of the government; meaning our guys are risking their lives for a little under $25,000 a year.

DOPE Episode 2: Vampires - Rooney, Ervin and Randall are chased into a small cabin by a pack of vampires and Randall has been bitten. They can hold up until sunset when the vampires would retreat but if they wait that long then Randall will die and become one of them. He needs the vampire virus cure which is in the standard DOPE medical kit in their car and he needs it ASAP.

Rooney and Randall risk certain death at the hands of a ravenous pack of wild vampires. Electing to save Randal; Ervin constructs a plan to draw the attention of the vampires from within the cabin allowing Rooney to escape out back. Rooney has to race through a kilometer of vampire territory at night to find their car and get it back to Ervin who was left to fortify and protect the cabin from a pack of strong and frenzied vampires who are determined to tear their way inside where Randall lays helpless and dying on the floor; bound to turn into a deadly vampire himself at any minute. 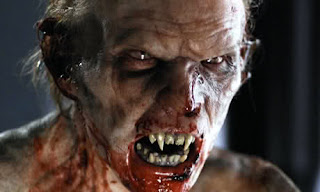 Rooney, Ervin and Randal are running through a forest towards a lonely, secluded little cabin. It's in a dilapidated condition, all three men are panicked and show signs of a struggle. Randall is wearing a blood soaked rag around his arm.

Rooney runs right up to the house and slams himself hard against the door, bouncing off and hurting himself, a beat later Ervin smashes through the front door. Rooney runs inside. Randall stumbles up to the door and almost passes out right at the doorway, Ervin catches him and pulls him in, Rooney slams the door and presses his body up against it.

Rooney
WHY DID YOU BRING RANDAL?

Ervin
I didn't know there would be that many!

Randall
Dammit Rooney I can take care of myself.

Rooney
You got BIT Randal


Randal's arm has been bitten, it's gruesome.

The inhuman sound of shrieking can be heard getting louder and louder, closer and closer. Ervin inspects Randall's bite.


Ervin
We have to get this treated immediately, the infection has already started.

Randall
Can we cure me before I turn into one of them?

Ervin takes a small plastic package out of his pocket and tears it open. It’s a syringe. He gives Randal a shot.

Ervin
I am going to give you a shot of anti-venom, it’ll help slow the spread of the virus but it’s not a cure. We need to get him to a hospital asap or he’ll turn.

Rooney
If we go outside, we DIE!

Ervin
If we stay here HE dies.

Rooney presses a button on his shoulder mounted radio.

Rooney
DOPE this is Rooney, I need assistance. My team and I were assigned to a vampire removal but there were WAY more than you said there’d be. Randal got bit! We need -

A voice comes over the radio, it's automated.

Voice on the radio
'Due to a high number of calls your request has been put in priority sequence, please wait for the next available operator.'


Ervin
How many are there?

Rooney looks out the window of the small cabin, as far as he can see there are zombie-like vampires pouring out of the woods towards the cabin. The sheer number of the vampire force makes Rooney's face go white.
Rooney
Lots.