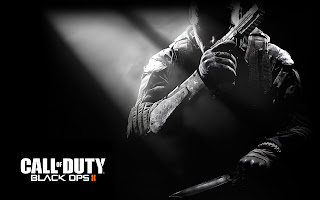 I am back from vacation and Call of Duty comes out tomorrow!! Think about that for a second, we just had a long weekend and Call of Duty comes out on the Tuesday AFTER the long weekend. THINK ABOUT THAT!!!! Why??????? Why? Am I supposed to take time off work to go pick it up? WHY? There was a perfectly good Friday or Saturday release date right there for the taking but they decide to wait until TUESDAY? It makes no sense to me.


Anyway check this out, I was playing Uncharted 3 for the first time in a while and I was getting ready to take a pic of the screen to show to a friend who just recently finished the game. Just as I clicked the button to take the picture I was shot dead, I figured that I only got a pic of the death screen. That black and white screen you get when your character dies...however I got this instead. The exact SECOND that I was shot dead, captured on camera. 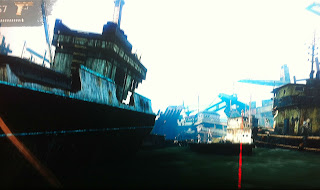 And here's how the show is coming along:

The House Arrested is an internet comedy consisting of 2-8 minute videos which revolve around the happenings of a correctional house where the occupants are convicted felons all under house arrest as told by Police Constable Benjamin Carp.

Tom - Arrested for Grand Larceny when he tried to crack a bank machine. Tom is of above average intelligence but displays signs of paranoia and a petty lust for revenge.

Anthony - Arrested for Assault and bribery. Anthony is well connected outside of the house, he's an "acquisitions specialist" making his money and reputation on being able to get anything he's payed to get. He's able to smuggle whatever he wants into the house.

Matthew - Matthew was the unwilling accomplice during a robbery and high speed chase when his friend robbed a McDonalds and sped off with Matthew in the car. He is completely out of place and hated throughout the house.

Jerome - Arrested for Assault, Stalking, Breaking and Entering and threats of violence. Jerome is psychotic and under constant psychiatric evaluation. He lives in the house as a means of rehabilitation, trying to get him interacting with others.

Richard - Arrested for Fraud and Embezzlement. Richard was an investment banker who defrauded his shareholders and clients, he is highly educated and exerts and air of superiority towards the common riff-raff he's forced to live and interact with.

Police Constable Benjamin Carp - Benjamin is the house authority, his duty is to maintain order and administration within the house and report back to his superiors. He isn't particularly competent and is easily manipulated by the inmates.