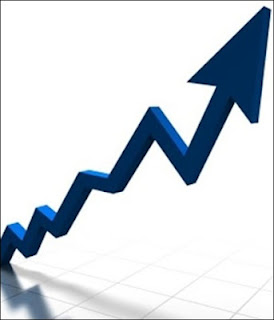 Generally whenever I see that my page has been viewed I assume automatically that I was the one who viewed it. I approach this blog as though I have absolutely no readers outside of myself but yesterday when I logged on for the first time in ages (my computer broke) I saw the chart indicating page views looking real squiggly. Apparently people have been coming in small numbers to my page, real small numbers mind you but it's encouraged me to try to post more often than I do.

I know it can't be my friends either because so few of them even know I do this, I've kept it pretty secret.

So anyway the idea is to finish up this last script pronto and move on to a series of 2-5 minute shorts of every genre and just work on that for a while.

Ok so lets get back into this, I just re-read what I wrote in my last entry and I am ready to dive in. 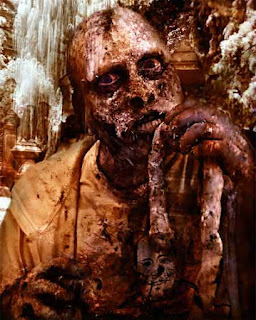 The response to Ervin's plea is immediate, an alarm sounds and the main doors are locked down. The recruits are terrified and are pressed up as close against the wall as their bodies will allow, a gnashing female zombie is just inches from getting a hold of one of them. She's single minded in her focus, not turning her attention to the only reason she can't get to the terrified recruits. Randal is holding onto the chain attached to the collar on her neck, he's struggling mightily.Ervin springs onto the zombie attacking Mr Gomez; grabbing him by the waist and throwing him out through the door and into the halls. He slams the door. Mr. Gomez is screaming, he's dying. He spits up a lot of blood and dies.The moment is silent, the room for a small instance is completely silent except for the zombie's snarls. Mr Gomez bursts back to his feet loudly, Randal looses his grip on the chain, the female zombie grabs one of the recruits and tears him open. Zombie Mr. Gomez is battering Ervin and trying to bite him, while fighting him off Ervin can only do one thing. Only utter one order.


Back in the halls Rooney's forehead is dripping blood, the zombie that attacked him bludgeoned him but he avoided being bitten. He's hurt.

He runs through a familiar looking hall, it's close to the class room. Behind Rooney we can hear the zombie, it's a bit of a distance away, Rooney is lumbering forwards trying not to be seen and not to make any noise. He's tense.

He hears a human sounding hiss/growl in front of him and he drops in a panic in the darkened hallway, he hides behind some boxes only feet away from the zombie that killed Gomez, his face and body still covered in blood. 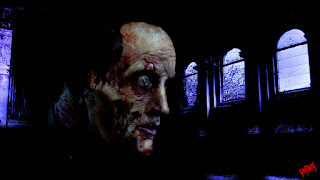 Rooney covers himself as quietly as he can, he's petrified. The zombie snarls and looks around the room slowly, it heard something. It's eyes resemble a crazed serial killer in the throws of a frenzy. The zombie slowly wanders the room, zig zagging aimlessly without thought, without hesitation or fear. It's bold and unpredictable. 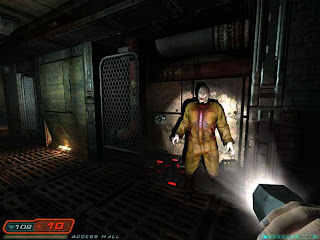 Ok I am going to stop it there because there are some things I want to do with it...actually I am not sure I even like the second half of this.

Basically I want to set up Rooney having to deal with both zombies in the hall. Have it be a separate story from the chaos that Ervin and Randal are dealing with.

I am going to chew on this.