The Time I Got My Ass Kicked

Here's a re-post that was popular the first time around, it's a true life story about the time some fat hillbilly jumped me in a bar.

I can honestly say that I've taken a movie level ass whopping at least once in my life, the kind of ass whopping that leaves a man stumbling through a crowd, covered in his own blood. The kind of ass kicking that I am lucky to walk away from without any lingering consequences. Unsurprisingly this story takes place in a bar. 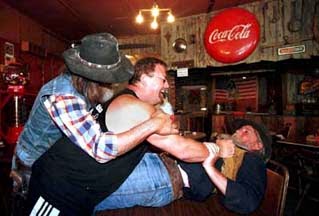 TOM
Hey, buddy you knocked my pint over.
BEER SPILLING COWARD
So? It was an accident 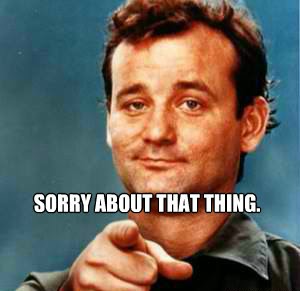 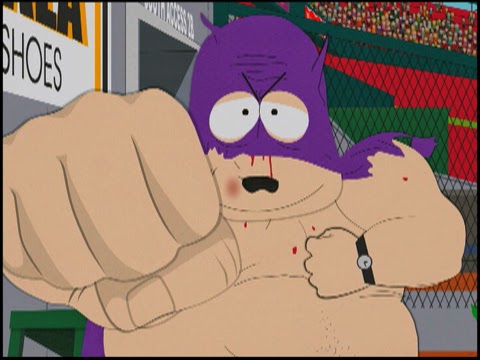 He hit me. I didn't even have my head turned towards him, he took the coward's opportunity for a sucker punch. When you get nailed with a heavy blow like that there's no pain, there's just a buzzing. A vibrating. Confusion. I was on the floor, I realized I'd been hit and tried to get back up. More buzzing. Everything was blurry, I felt really tired. I remembered what happened, I knew I was hit by someone now standing over me; shouting with the crowd. I knew I'd been hit several more times when I was down, wide open. I was told later by a witness that after I was hit the first time he followed me to the ground and punched and kicked me a few more times in the face. I wasn't out though, I never went out. He hit me with everything he had and he couldn't keep me down, that's what I take away from this fight. I wasn't going to stay down, I was pissed. My plan was to get up, shake it off and get revenge as soon as I was able to get my body working again. I got to my feet, at that point the hallway had filled with spectators and the bar was in an uproar. I was COVERED in my own blood and couldn't walk straight. I remember my instinct being to get some space, I needed to recover for a minute. I had to get some motor control back before I went after what I could now for the first time see was a large, fat, drunk hillbilly who was at that point taunting the hostile crowd. I moved to take the fight outside.
I was drenched in my own blood and wobbling around as I tried to make my way out into the street; fully intending on continuing this fight. The bartender was screaming at my attacker that he's been in too many fights in his bar and now he was banned. I made my way to the door, my attacker was in tow. RIGHT when I got to the door I ran into my other friends who had just left the club, I still remember the shock on their faces. They were looking at a zombie who kind of resembled the friend they had last seen only minutes before. Right behind my friends were the police, one friend guided me into an ambulance and begged me to press charges and I regret to this day that I didn't immediately listen to him. There was a part of me that wanted to find this guy myself and another part of me who genuinely couldn't remember how the fight started and was having trouble processing information. The police saw that I was in no condition for questions so they told me to take their card, go home and recover and call them in the morning if I wanted to press charges. During that time my other friends had gotten into a confrontation with the group of guys who spilled my beer and the fat hillbilly who jumped me. The hillbilly ran to his car and sped off with the chicken s**t who knocked over my beer and the two spent the night blowing each other, probably. Outside the bar waiting for the cab home I was approached by people who saw what happened. They offered what information they had on the guy, I never got his name but I know he has a twin brother also from Whitby and the two were well known for starting fights in the area. 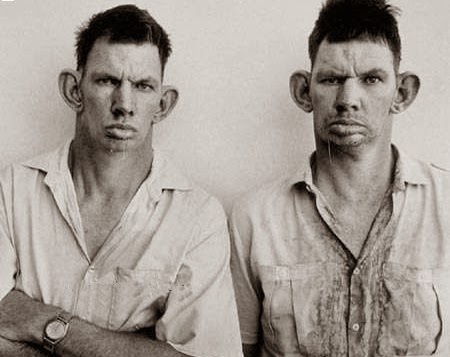