Tom Starts Writing Another Show. This One's About A Bunch Of Psychos Under House Arrest.

I am going to start work on a new half hour show that I've been meaning to write for some time now. I've mentioned it before:

House Arrested - A show that takes place in a house where all the tenants are sociopathic criminals under house arrest. The show revolves around 6 tenants all stuck in the house together and their parole officer Constable Benjamin Carp.


Simple right? I wanted to create a show that's cheap to shoot, uses one location that's easily controlled and at the same time is entertaining and opens itself up to the possibility for strange and exciting adventures. Fill a house with a bunch of uncontrolable, violent and unstable criminals all forced to live under one roof and you can make a show that's simple to shoot but always entertaining. Think of it as Big Brother meets Trailer Park Boys.

Like I always do, I am just going to dive right in and figure out character descriptions along the way. I just want to get writing this thing that's been stuck in my head for so long. 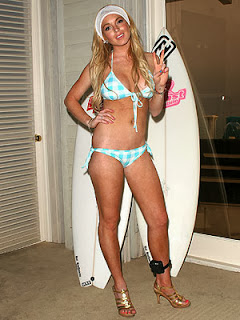 What, you expect me to NOT use these pictures?

Six convicts (one of them a large female) wearing ankle monitors and Officer Carp are seated around the kitchen table. There's a silence, all characters are staring at Jeremy with looks of shock and horror.

OFFICER CARP
As I was saying, despite all of that, Jeremy will be staying with us now and I expect all of you to make him feel welcome and help him learn the rules of the house. Calvin I am putting you in charge of showing him around.

CALVIN
Sorry...how many people did you say he killed?

JEREMY
It was only 6 people.

OFFICER CARP
Jeremy openly acknowledges his mistakes but he was a very young child when he committed those terrible crimes. He's lived a whole life since then and he's grown up, he hasn't had a repeat incident. Part of his rehabilitation is to integrate him back into a group setting, that's why he's going to be with us now. Indefinitely.

ANDRE
Sorry, how young was he when he killed six people?

ANDRE
What, was it one person for every year you were alive?

Jeremy laughs to himself.


JEREMY
No. I couldn't kill anyone when I was a baby. I just killed them all at once when I was six.

CONRAD
What the hell? Why?

JEREMY
Someone told me to?

CONRAD
Who? Who told you to kill 6 people?

JEREMY
I don't know. I can only hear his voice, he talks to me inside my head.

CONRAD
You mean he USED to talk to you inside your head, right?

JEREMY
Sometimes he still tries to talk to me and he gets mad at me when I don't listen to him but I don't care. I just ignore him.

CONRAD
What does he say?

JEREMY
He just says things to try to make me angry, that's why I don't listen.

CONRAD
Why does he want to make you angry?

JEREMY
He wants to make me do terrible things.

CONRAD
I don't think Jeremy should be living here. 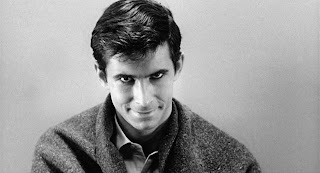