The Killrazor Experiment: An experiment to see if I can get one of the coolest but most obscure characters in comic book history into the mainstream by teaching the internet about him. 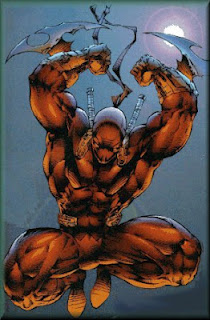 I want to introduce you guys to an obscure character from an obscure comic called Codename Strykeforce by Image Comics, he's got the sleekest costume, the coolest power and he never talks. His name is Killrazor and he can punch huge razors out of any part of his body, ANY part of his body. There's no limit to how many Razors he can pop out at a time; so does that make him cooler than Wolverine? Well...it's hard to ignore the math. My point is this...

Yes. He's a ninja. Obviously, and like most ninja's he adheres to a strict code of silence. The man has only ever made a noise once in his life and it was after eating some very spicy food. That's not a joke either, I remember that being specifically stated in one of the issues. He never talks; so now all of a sudden he's like Snake Eyes from GI Joe if Snake Eyes could PUNCH HUGE RAZORS OUT OF ANY PART OF HIS BODY. 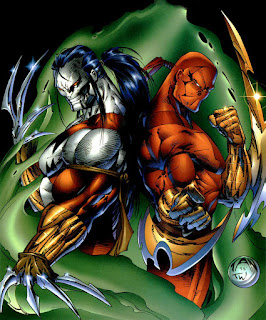 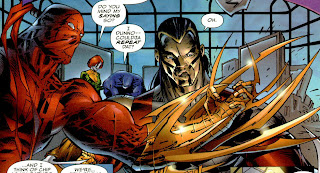 I'd tell you a lot more about his origin but it wasn't explored in depth, he has a wiki-page you can visit ( http://www.comicvine.com/killrazor/29-21927/) you'll notice it's lacking. He only made a handful of appearances but each one of them gave us picture that hits our eyes like a shot of whiskey hits our mouths. 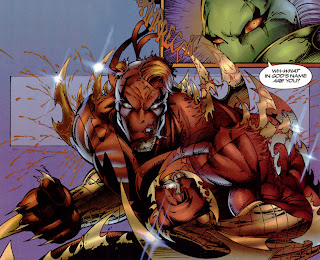 
The only thing uglier and more disgusting than his scarred up body is his gingery red hair. 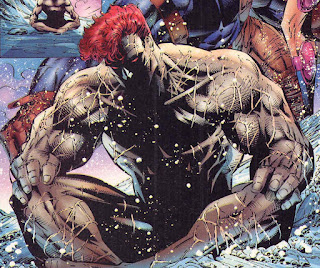 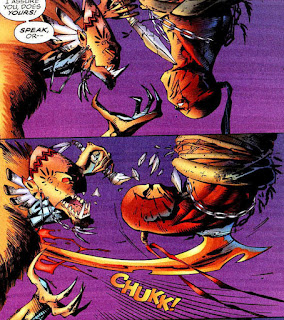