When you don't have a large budget, location scouting is probably the trickiest part of film making. It's HARD to find good, shootable indoor locations, you're pretty much reliant on whatever connections you have and whatever locations they're able to wrangle up. In the case of the team I work with we have no one helping us, we've rarely had any luck securing any extravagant locations so we've always been forced to be a little more creative.

Not long ago I was asked if I could come up with a crime, suspense script that took place in one location (a hotel room) and featured a violent death at the end. That's a LOT of restriction to work under for a writer but personally I like it that way, I like being reigned in. If you give me too much freedom I think too much, it's harder to settle on one idea when you have unbound imagination. It's just too much choice. I find it easier to focus when my options are more limited, it actually forces you to be more creative.

I am really proud of what I came up with.

Gabe and Calin have just committed a horrible crime under the order of a mysterious voice on the phone. When Calin leaves to get rid of the evidence the phone rings. The voice on the other line gives Gabe one last order, only one of them is allowed to leave that hotel room. Will Gabe strike first before Calin can hear the ultimatum or will he run and leave everything behind before he gets back? 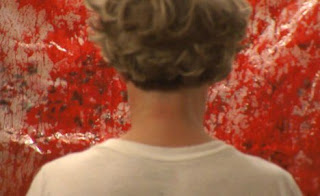 GABE enters the hotel room, his black coat the only thing covering the large spatters of red on his white shirt underneath. His pale and panicked face is covered in red smears, he looks over to a single phone sitting in a dark corner of the room on a table. He’s fixated on it for a moment and then notices that he’s covered in blood. He rushes into the washroom and THROWS WATER on his face, he’s shaking and violently nervous.

THE PHONE RINGS this sends GABE into a panic, he’s terrified to answer the phone. After 3 long RINGS he finally answers; nearly in tears.

The Voice
You’re back? Gabe?

The Voice
Both of you are there?

Gabe
No, I don’t know what happened to Calin

The Voice
Did you do it?

The Voice
Was it you or Calin?

The Voice
Stay there, wait for him. Wait for my call. 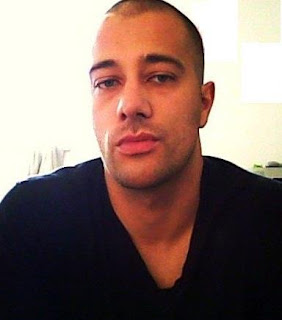